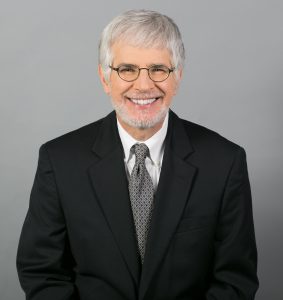 To our Readers: Bruce Rosenstein (pictured left) has long been recognized for his understanding of Peter Drucker’s work, and as a great advocate of Mr. Drucker’s management philosophy. He is Managing Editor of Leader to Leader, the quarterly journal of the Frances Hesselbein Leadership Institute, established in 1990 as the Peter F. Drucker Foundation for Nonprofit Management. In 2009, Bruce wrote Living in More Than One World: How Peter Drucker’s Wisdom Can Inspire and Transform Your Life (Berrett-Koehler), based on his 20 years-plus study of Drucker’s life and thought. With the up-coming publication of his newest book, Create Your Future the Peter Drucker Way (McGraw-Hill – November 22), Bruce graciously agreed to share some of his thoughts about Mr. Drucker and his concepts about knowledge work for SMR International’s clients and colleagues.

May 4, 2014 will mark the 20 year anniversary of Peter Drucker’s delivery of the Edwin L. Godkin Lecture at the John F. Kennedy School of Government of Harvard University. Drucker, who coined the term “knowledge workers” in the late 1950s, is known to many as the “father of modern management.” He died at 95 in 2005. His 1994 talk, long before the rise of social media, came right as the world of knowledge was to be changed forever by the advances of the World Wide Web, and four years before the creation of Google. He discussed first principles of knowledge work and what it means to live in a knowledge-based society.

And thirty years before that lecture, on May 31, 1964, while delivering the commencement address to the University of Scranton (in my home town of Scranton, Pa.), Drucker declared that the graduates were the first generation of the “knowledge revolution.” That revolution continues to play out, in ways Drucker himself could not have foreseen nearly 50 years ago.

I have given considerable thought to Drucker and his work on knowledge in more than 27 years of intensive study of his work,

especially for my newly published book Create Your Future the Peter Drucker Way. Knowledge workers are under more pressure than ever. What can we learn from Drucker’s work and life example that will help us navigate a better future, both individually and for the organizations we represent? He not only taught and counseled knowledge workers, but he was a prototype for what it means to be a highly successful member of this group, in a career spanning more than 70 years as a prolific author, professor and consultant. In 2002, he was awarded the Presidential Medal of Freedom, the nation’s highest civilian honor.

Knowledge workers can benefit by building in a Drucker-like mindset about the future, realizing that it must be created rather than left to chance or fate. We must figure out ways to differentiate ourselves from peers and those we serve, so our work around knowledge is not thought of as a commodity that can be purchased elsewhere, or obtained for free. We can start by realizing that we are creating the future for ourselves and our organizations in the present moment, by today’s thoughts, actions, decisions, and commitments. In addition, Drucker contended that change is normal, inevitable and not to be feared. He advocated making peace with uncertainty and becoming organized for change, particularly for what he called systematic or planned abandonment. If you were not already engaged in a particular activity, or offering a particular service or product, would you start now? And if not, what would be your next step in either eliminating or scaling it back?

In preparing for the future, Drucker advocated pairing this activity with kaizen, the art and practice of continuous improvement. In other words, once you have decided on the activities, products, processes or services you will keep, relentlessly improve them and they will eventually turn into something new and innovative. In looking at your position as a knowledge worker and how you can differentiate yourself (realizing that quality alone is not enough), what new ways can you learn about and practice around the concepts of ideas and knowledge? In the years since Drucker’s lecture at Harvard, we have seen many new disciplines emerge, such as knowledge management and knowledge development/ knowledge services. You can’t open a business magazine, or walk ten feet in a major airport, without being bombarded by advertisements based on “big data.” What can you learn from and apply in these disciplines to your own unique knowledge and work/life experience?

A major consideration, recognizing that so much of knowledge work revolves around service (to other knowledge workers, organizations, causes, and ideas), is to keep in mind, as we work and plan for the future, how we can improve the lives of those we serve, and help make our organizations better, more effective, and more capable of thriving in the future. Based on my understanding of Drucker’s life and work, knowledge workers who want to have a bright future would do well to consider the following:

Looking back to the 1994 Godkin lecture at Harvard, Drucker discussed, among other topics, the necessity for continuous learning; the importance of knowledge in competitiveness (for individuals, organizations and countries); the need for knowledge workers to make themselves understood beyond their disciplines, and that in a knowledge society, leadership could be open to anyone. These areas are still alive and vibrant. Now is the time for knowledge workers to create a future that benefits not just us ourselves individuals, but our organizations, communities and beyond.

Guy is also the author of Knowledge Services: Five Free Webinars from Guy St. Clair, available to anyone who wants to learn more about knowledge services. The webinars are offered at no charge.

Guy’s other professional writings are listed in SMR International’s corporate website, at SMRShare.